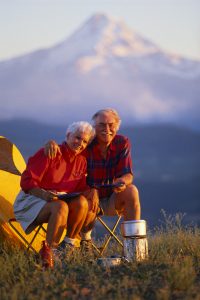 The Birth of “Elder Law”

The increase in the elderly population has led to an increase in the need for services catering to the elderly, including legal services. While older individuals face many of the same legal issues that younger people do, they also have some unique legal needs and concerns. With this in mind, the National Academy of Elder Law Attorneys, or NAELA, was formed in the late 1980s as a way to better serve this growing segment of the population. Five years after the creation of NAELA, the National Elder Law Foundation was formed. The purpose of the non-profit NELF was to help improve the professional skills of attorneys who choose to focus on elder law. Toward that end, NELF then developed a national certification program for attorneys known as the Certified Elder Law Attorney, or CELA, certification program. The first CELA examination was given in 1994 with the American Bar Association endorsing the certification program the following year.

Three Reasons You Might Need an Elder Law Attorney

For more information, please join us for an upcoming FREE seminar. If you have additional questions about elder law or reasons you might need the services of an elder law attorney,  contact the experienced North Dakota elder law attorneys at German Law by calling 701-738-0060 to schedule an appointment.