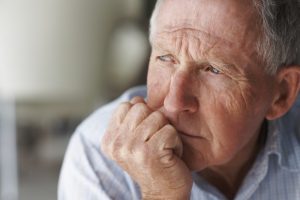 Over the last several decades, Alzheimer’s disease has quietly, yet steadily, become one of the top causes of death in the United States. Today, over five million people suffer from the disease nationwide and that number is expected to grow to 16 million by 2050. Alzheimer’s is currently the sixth leading cause of death in the U.S. with one in three seniors dying with the disease or another form of dementia. What makes Alzheimer’s particularly frightening is the fact that we have yet to determine exactly what causes the disease nor to be have a cure for it. The best we can do at the present time is to treat the symptoms and slow down the progression of the disease. There may be some hope in identifying when an individual is likely to develop Alzheimer’s, it appears, if further testing goes well.

Rahul Desikan, of the University of California, led the international effort. According to Desikan, the test could be used to calculate any individual’s risk of developing Alzheimer’s that year. “That is, if you don’t already have dementia, what is your yearly risk for AD onset, based on your age and genetic information,” he said. The test, referred to as the “polygenic hazard score test” was developed using genetic data from more than 70,000 individuals, including patients with Alzheimer’s disease as well as elderly people who do not suffer from the disease.

Scientists have long believed that there is a direct link between genetics and the likelihood of developing Alzheimer’s. Currently, around 25 percent of all Alzheimer sufferers have a strong family history of the disease. Scientists have shown this is partly explained by a gene called ApoE, which comes in three versions, and is known to have a powerful influence on the risk of getting the most common late-onset type of Alzheimer’s. While one version of ApoE appears to reduce the risk of developing the disease by up to 40 percent, individuals who have two copies (one from each parent) of the high-risk version of the gene are up to 12 times more likely to develop Alzheimers.

The scientists who developed the polygenic hazard score test took a new approach. The study found that, aside from ApoE, there are thousands of background genetic variations that each have a tiny influence on Alzheimer’s risk. The cumulative influence of all those genetic variations, including the ApoE gene, is substantial.

The researchers first identified nearly 2,000 single letter differences in the genetic code (known as SNPs) and, after ranking them for influence, developed a test based on 31 of the markers. The test was then used to accurately predict an individual’s risk of getting the disease in an independent patient cohort.

James Pickett, head of research at Alzheimer’s Society, said: “Preventing the development of dementia symptoms is the holy grail of Alzheimer’s research but to succeed we first need accurate methods to predict who is most likely to develop the condition. This study’s approach was fairly successful at predicting the likelihood of someone developing dementia over the coming year, but needs to be tested further in mixed, non-US populations.”

If you have additional question or concerns regarding the legal issues involved in caring for a loved one with Alzheimer’s, contact the experienced elder law attorneys at German Law by calling 701-738-0060 to schedule an appointment.