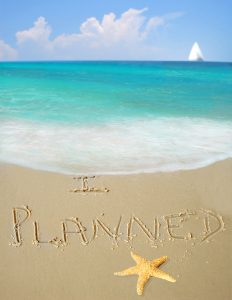 Most of us would like to think that if we ever became rich and famous, we would guard our fortune and employ an army of experts to help us accomplish that task. The reality, however, is that the rich and famous are just as likely to make mistakes with their money and other assets as we are, as evidenced by some of the most famous estate planning mistakes made by them. Take, for example, the following celebrity estate planning mistakes, and the lessons we can all learn from them.

Actor Paul Walker, best known for his role in the widely popular “Fast and Furious” movies, died in 2014 at the relatively young age of 40 in, of all things, a car crash. Walker did create an estate plan – before he became famous. Walker’s estate planning mistake was his failure to update his estate plan after he became famous and started earning huge fees for his movie roles. Not only was his estate considerably larger and more valuable than his original estate plan anticipated, but Walker also had a daughter after his original plan was created, meaning there were no provisions addressing his daughter in the plan.

The Lesson: The lesson to learn from Walker’s mistake is that your estate plan is never “finished.” You should routinely review and revise your estate plan every five years or so throughout your working years. In addition, life events such as the birth of a child, a divorce, or the move to a new state may trigger the need for an immediate update to your plan.

Jimi Hendrix, arguably the best guitar player of all time, died at a young age back in 1970. Despite the fact that Hendrix had achieved unprecedented stardom by the time he died, he died without so much as a Last Will and Testament in place to dictate what was to become of his fortune. Pursuant to English law (he died in London, England) his father inherited his estate. Hendrix’s legacy continued to grow after his death, as did the value of his estate. When Hendrix’s father died in 2002, a battle began over control of his estate. Ultimately, Hendrix’s estate spent over 30 years in court and ended up under the control of someone that Hendrix barely knew when he was alive.

The Lesson: People often make the mistake of believing that an estate plan isn’t necessary because they are fine with the way the intestate succession laws will distribute their estate. What they forget, however, is that leaving an intestate estate also means you give up the right to decide who controls the administration of your estate.  In addition, failing to leave behind even a Last Will and Testament increases the likelihood of litigation that can cost your loved ones dearly, both in terms of time and money.

Former Supreme Court Justice Warren Burger died in 1995. Although it seems unbelievable, the man who once presided over the highest court in the land failed to seek out professional assistance when creating his estate plan. On the contrary, Burger left behind nothing more than a 176 word Last Will and Testament he wrote himself. Critics have had a field day with Burger’s “estate plan,” pointing out everything from misspelled words to the failure to plan for the impact of taxes on his estate that may have cost his children close to half a million dollars in federal gift and estate taxes.

The Lesson: The lesson here is that DIY estate planning is not the time and/or money saver it is often touted to be. If the Chief Justice of the United States Supreme Court cannot manage to write a Will that works as planned, the rest of us should not assume that we can do so. Moreover, Burger’s estate illustrates another major problem with using DIY estate planning documents – interaction with other estate planning components. Even if you manage to create a flawless Will, for example, how will you know that you really need a trust? There is simply no substitute for real-life legal advice when it comes to something as important as planning your estate.

Please join us for an upcoming FREE seminar. If you have additional questions or concerns regarding your own estate plan, contact the North Dakota estate planning lawyers at German Law by calling 701-738-0060 to schedule an appointment.