Click here to request a copy of Raymond German's book Legacy Wealth Planning, for Minnesota and North Dakota Families
Home » How to Handle Financial Exploitation of a Senior in North Dakota 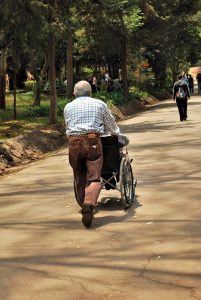 Sadly, elder abuse is a wide-spread, and growing, problem in the United States. When most people think of elder abuse they think of physical and/or mental abuse; however, experts tell us that financial abuse is by far the most prevalent form of elder abuse. As many as five million seniors are likely the victim of financial abuse each year across the U.S., including residents of North Dakota.  Whether you are a senior yourself, or the caregiver of an older individual, you need to be aware of the elder abuse problem. Specifically, you need to know how to handle financial exploitation of a senior in North Dakota.

Abuse of the elderly is not a new problem in the United States; however, public awareness of the elder abuse problem is relatively new. Unfortunately, despite the fact that we are aware the incidences of elder abuse are on the rise, it is all but impossible to gather accurate statistics relating to elder abuse for several reasons. First, law enforcement agencies across the country have very different laws and reporting procedures, making it hard to compile date. Second, many older individuals are embarrassed or ashamed to be a victim, and therefore are reluctant to report abuse. Finally, many elder abusenews article victims remain dependent on the very people who abuse them, causing them to fear reporting the abuse or victimization. Nevertheless, the figures experts believe to be fairly accurate with regard to elder abuse are shocking:

Financial Abuse of the Elderly in North Dakota

According to a recent news article in the Jamestown Sun, the number of reported cases of financial exploitation in North Dakota related to the growth in oil-related income among many older residents has increased in North Dakota. Given that experts also believe that financial abuse of the elderly is increasing across the country, this comes as no surprise.  Seniors can find themselves the victim of financial exploitation in a number of ways, including:

Unfortunately, seniors often make excellent victims for the unscrupulous predators who prey on them for several reasons, including:

How Can You Prevent and/or Recognize Financial Exploitation of an Elderly Loved One?

As is typically the case, preventing a loved one from becoming a victim should be your goal. Prevention starts with having a very open conversation about the subject matter and the risks. Explain to your loved one that elder abuse is extremely common and that you will always be available to talk if your loved one feels that he/she has been abused or victimized. In addition, look for common signs of financial exploitation, including:

North Dakota also has a statewide Vulnerable Adult Protective Services (VAPS) program that addresses the safety of adults who are at risk of harm due to the presence or threat of abuse, neglect or exploitation. Contact the VAPS Central Intake line at (855) 462-5465 and choose option two. The North Dakota attorney general’s Consumer Protection Department may also be able to help, depending on the situation. They can be reached at (701) 328-2210 or (800) 472-2600.

If you have additional questions about financial exploitation of a senior in the State of North Dakota contact the experienced elder law attorneys at German Law by calling 701-738-0060 to schedule an appointment.