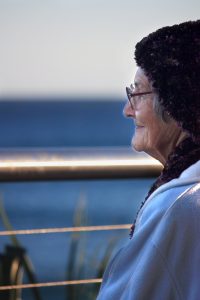 When most people think of someone with Alzheimer’s disease they envision someone well into their twilight years who cannot remember their child’s name. While that may indeed describe an individual with full onset traditional Alzheimer’s disease, it doesn’t begin to describe many of the people suffering from the disease. Although there is as yet no cure for Alzheimer’s, it is possible to slow the progression of the disease and manage the symptoms when caught early enough. For that reason, it is important to recognize the signs of the disease – and you might be surprised to learn some of the early signs of Alzheimer’s.

What Is Alzheimer’s Disease?

To get an idea of the breadth of the problem, consider the following facts and figures relating to Alzheimer’s disease:

We all know to pay attention when an older loved one starts having memory problems; however, did you know that there are several other early signs of Alzheimer’s that have nothing to do with memory? If you were unaware of these signs, you are not alone. Most people don’t know to look for them. As the old adage says “knowledge is power” and in the case of Alzheimer’s, knowing the early warning signs can make a huge difference in treatment options. If you see any of the following signs in a loved one, or in yourself, it may be time to consult with a physician:

If you are concerned about the legal issues that often surface when a loved one is suffering from Alzheimer’s,  contact the experienced North Dakota & Minnesota elder law attorneys at German Law by calling 701-738-0060 to schedule an appointment.