Click here to request a copy of Raymond German's book Legacy Wealth Planning, for Minnesota and North Dakota Families
Home » What Type of Cases Fall Within the Area of Elder law? 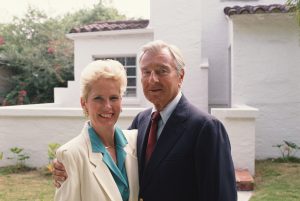 In recent years, the older population in the United States has swelled to heretofore unheard of numbers. In fact, by the year 2050 experts predict the number of older Americans (age 65 and older) will outnumber their younger (21 and under) counterparts for the first time in history. As the elderly population in America grows, issues affecting the elderly, and those who care for them, are becoming more prominent. This trend has not gone unnoticed by the legal community. In fact, an entirely new area of the law — elder law — had evolved in response to what has come to be known as the “Greying of America.” Whether you are an older American yourself, or are a family member or caregiver for one, there is a good chance that you will find yourself in a position to benefit from the advice and/or assistance of an elder law attorney at some point in time. Knowing what type of cases fall within the area of elder law will help you recognize when you need an elder law attorney.

The Greying of America

Legal issues that impact the elderly are certainly nothing new; however, what is new are the sheer number of elderly Americans who are faced with legal issues. Since the end of World War II, the “65 and older” age demographic has steadily increased at an never seen before rate. The cause of the unprecedented growth in the number of  older Americans can be found in several factors. First, the “Baby Boomer” generation followed WWI, meaning there were simply more babies born during the 1950s than at any other time in history. That generation is now entering their retirement years. Conversely, generations since the Baby Boomer generation are having fewer babies. Finally, the life expectancy of the average American has almost doubled in the last 100 years. When you put all of those factors together it becomes easy to see why the percentage of older Americans is so historically high.

The Evolution of Elder Law

As the elderly population increased, the need for services catering to the elderly, including legal services, also increased in the U.S.. While older individuals face many of the same legal issues that younger people do, they also have some unique legal needs and concerns. With this in mind, the National Academy of Elder Law Attorneys, or NAELA, was formed in the late 1980s as a way to better serve this growing segment of the population. Five years after the creation of NAELA, the National Elder Law Foundation was formed. The purpose of the non-profit NELF was to help improve the professional skills of attorneys who choose to focus on elder law. Toward that end, NELF then developed a national certification program for attorneys known as the Certified Elder Law Attorney, or CELA, certification program. The first CELA examination was given in 1994 with the American Bar Association endorsing the certification program the following year.

What Types of Issues or Cases Might an Elder Law Attorney Handle?

The area known as “elder law” is somewhat unique within the law because it does not focus on a single set of legal issues as do other areas, such as contracts or property law. Instead, elder law focused on how legal issues from many areas of the law impact the elderly and those close to them.  With that in mind, some common issues and concerns that an elder law attorney might handle include:

In essence, if it is a legal issue or problem that is affecting an older individual, or someone caring for an older individual, it may fall within the purview of elder law. The best way to find out if your specific issue is something an elder law attorney would handle is to ask one in your area.

For more information, please join us for one of our upcoming free seminars. If you have additional questions about elder law in the State of North Dakota please contact the experienced elder law attorneys at German Law by calling 701-738-0060 to schedule an appointment.