Home » Understanding the Power behind a Power of Attorney 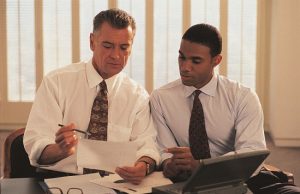 What Is a Power of Attorney?

At its most basic, a power of attorney, or POA, is a legal agreement that allows a “Principal” (the person granting the power) to grant an “Agent” (the person being granted the power) the authority to act on behalf of the Principal in legal matter.

General vs. Limited Power of Attorney

POAs are broadly divided into two categories – general and limited. It is imperative that you understand which type you are executing if you are acting as the Principal under a POA. A general power of attorney gives the Agent under the agreement virtually unlimited power to act on behalf of the Principal. With few exceptions, this means your agent can do anything you can do. For example, your Agent could withdraw funds from your bank account or investment account. Your Agent could also sell assets you own or even enter into a loan agreement, or other contract, on your behalf. Because of the sweeping powers you grant to an Agent when you execute a general POA you should think long and hard before executing one.

A limited power of attorney, as the name implies, only grants your Agent limited power to act on your behalf. For example, you might grant an Agent the limited POA to sell your vehicle for you while you are on vacation or to consent to medical treatment for your minor child while you are out of the state.

What Is a “Durable” Power of Attorney?

Traditionally, the power conferred upon an Agent under a power of attorney agreement would end upon the death or incapacity of the Principal. The problem with this was that many people executed a POA with the specific intent to give someone the authority to act on their behalf in the event of their incapacity. Under a traditional POA, however, the document would terminate precisely when the Principal intended it to be useful. To remedy this problem the “durable” power of attorney evolved. When a POA is “durable” it means that the Agent’s authority will survive the incapacity of the Principal. In some states, a POA is now assumed to be durable absent language to the contrary whereas in other states the converse is true – a POA is presumed not to be durable unless the document includes specific language making it durable. Be sure you know what the law stands in the state where you plan to execute your POA.

What Is a “Springing” Power of Attorney?

Finally, a “springing” power of attorney is one that does not become effective until the passage of a specific event that causes the authority granted to the Agent under the document to “spring” forward. For example, you might create a springing POA that only activates if you are called out of the country on business.

Limitations on the Power in a Power of Attorney

Even a general power of attorney does have its limitations. Because the laws relating to a POA are found at the state level, an Agent’s limits under a POA differ from one state to the next. In most states, however, an Agent cannot make medical decisions for the Principal using a general power of attorney. A special advanced directive must be executed to grant an Agent that type of authority.

For additional information, please join us for one of our upcoming free seminars. If you have additional questions about executing a North Dakota power of attorney, or acting as an Agent under a POA, contact the experienced estate planning attorneys at German Law by calling 701-738-0060 to schedule an appointment.